THE CHART OF THE STRANGEST CZECH DISHES – ARE YOU BRAVE ENOUGH TO TASTE?

Czech cuisine is full many renowned delicacies, but on the other hand, it hides some tricky things. The locals swear on these dishes but what about you? Are you curious enough and also brave enough to try them?

Let’s go on a tour of the strangest Czech dishes, which are hard to find on your Hilton or Marriott’s plate, but are inherently part of the Czech tradition.

Let’s start gently — mushroom schnitzels. Czechs love mushrooming and also like sliced ​​mushrooms treated as a Vienna schnitzel. A fairy tale with mashed potatoes.
As our grandmothers said – all mushrooms are edible – some but unfortunately only once

So far, so good? Gothay salami with raw onion, vinegar, salt and black pepper was a popular snack during communism. The taste of this appetizer is robust 🙂

The third favourite is classic thick and strong tripe soup. Couldn’t have been missing in any restaurant for two hundred years, but today is very occasionally to see on menu 🙂
When you can do it, it’s a delicacy!

Brawn with onion and vinegar – a classic in traditional pig killing in Czech villages. Also black pudding, special sausage !! And a pig-killing soup and hail … Piglet is killed usually in February, and it’s definitely not a spectacle for the faint of heart. And the three specialities mentioned above also require a lot of courage …

And the winner is cheese! Two kinds of cheese, actually. You definitely don’t want these with your wine. And in fact, it’s hard to say which one smells more horrible. Whether Olomoucke tvaruzky mature cheese made from skimmed milk (protected by the EU as a local speciality) or Romadur, originally from Belgium a favourite of communist times. They both smell so awful that you might even cut the air around them!

So it was a little about bit stranges Czech dished. Did you try some of them? Fancy to try? If you rather like classic Czech cousine, try for instance our Short walking food tour. Our promise : not such an surprises !! 🙂 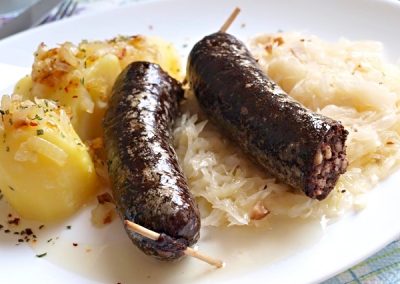 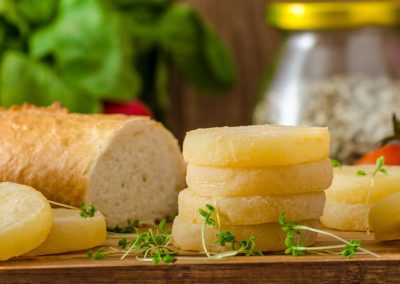