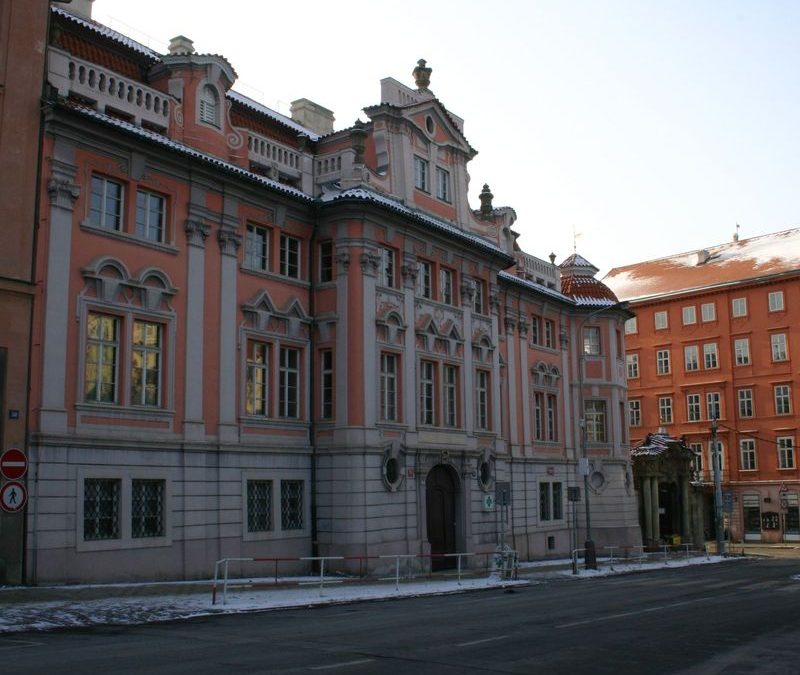 August 7th 2019 Do you enjoy mystery and horror? Then you should not miss the Faust House on Charles Square in Prague. This originally fortified courtyard with a tower was predestined to spooky legends perhaps from the beginning. It was built on a pagan sacrifice, and its owners operated alchemy. The mysterious legends culminated in a story about Dr Faust, who was to be brought to hell by the devil himself.

One of the most mysterious places in Prague is undoubtedly the Mladotov Palace, nicknamed Faust House. Legends and ghost stories have been around for centuries. And no wonder. Its owners were mostly freaks who were engaged in mysterious alchemy and carried out chemical experiments in the bowels of the house in the hope of producing gold or a potion of youth. Faust’s House is much older than the New Town of Prague, on whose territory it is located.

Long before its founding by Emperor Charles IV. there was a fenced yard, which guarded a vital trade route connecting Vyšehrad with Prague Castle. The site on which the court stood was probably a pagan grove in which the pagan goddess Morana had its sacrificial place.

The mysterious history of the house began in the second half of the 16th century when the building was bought in 1590 by court alchemist Emperor Rudolf II. Edward Kelley. He set up a laboratory in the house and carried out various chemical experiments. He was one of the charlatans who claimed they could transform lead into gold. But he was not doing well. In England, from which he came to Prague, the executioner cut off his ears for counterfeiting documents and Kelly also broke the law in the Czech Republic. He was imprisoned in Křivoklát, after an unsuccessful escape, foot amputation and accusation of espionage he ended up behind bars in another Hněvíně castle, where he committed suicide.

Alchemy was also carried out in Faust’s house in the second half of the 18th century when it was owned by the Mladot family of Solopysk. Unlike their predecessors, their experiments were much closer to physics or chemistry. Josef Mladota liked mechanics and constructed various instruments on the principles of optics, electricity and magnetism. During the chemical experiments, the flames burned high from the windows, which frightened the Praguers and thought it was the work of the devil.

And finally, the most frightening legend that gave the house its name. During the Romantic period, a mysterious story was born about the famous Dr Faust, who had written his soul to the devil but failed to keep the covenant, so Mephistopheles himself took it to hell. Evidence was probably the hole in the ceiling, which could not be bricked up for a long time.

Anyway, many people say that even today it is not pleasant to walk around Faust’s house, especially at night. Do you want to try it yourself? 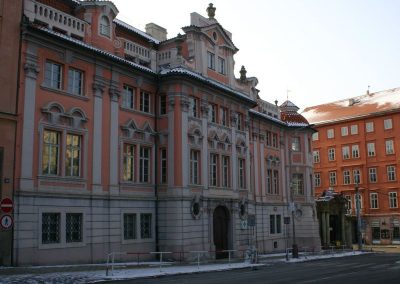 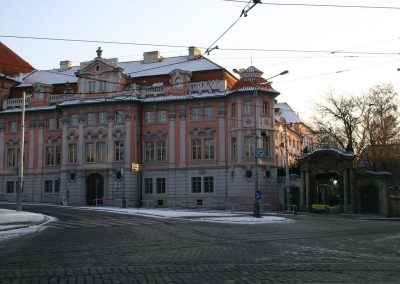 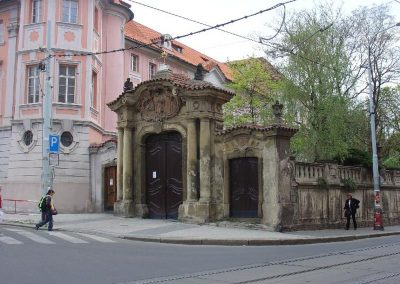 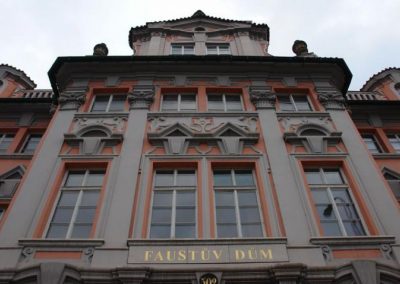