February 11th 2020   There is one place in Prague, full of supplications, prayers and miracles. A place full of hope and positive energy. And there is also one child in Prague who can make miracles. At least that is believed by thousands of pilgrims who visit amazing Our Lady Victorious Church in Prague’s Lesser Town any single day.

Infant Jesus of Prague, as the famous statuette is officially called, was created in the 16th century and appeared in the church in the Lesser Town in 1628. Is about 16 inches high and made from wood, wax-coated. The baby is routinely clothed in luxurious fabrics with imperial regalia and a golden crown while his left hand holds a globus cruciger and the right hand raised in a benediction posture.

The story of Holy Baby starts in 1639. In April 1639, the Swedish army began a siege of the city of Prague. The frightened citizens hurried to the shrine of the Infant Jesus of Prague as services were held day and night at the Church of Our Lady Victorious in the Little Quarter. When the army decided instead to pull out, the grateful residents ascribed this to the miraculous Holy Infant. The tradition of the Infant Jesus procession and the coronation continues to this day. This ceremony is the closing highlight of the annual Feast of the Infant Jesus in Prague.

Today, numerous Catholic pilgrims pay homage to the Infant of Prague every year. It is one of the major pilgrimage centres in Central Europe, with the Prague church housing the Infant Jesus statue offering regular Mass in Czech, Spanish, Italian and German languages.

So hurry to the holy baby, do not miss a visit in this beautiful, magical place !!! Maybe the miracle is waiting just on you! 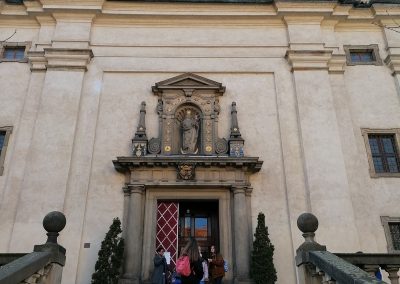 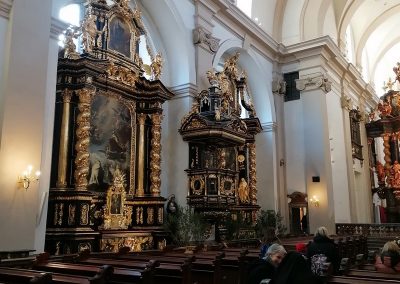